This article is the fifth in a series of nine on The Christian Athlete, authored by Dr. Luis Fernando Aragón-Vargas, professor of human movement science in the School of Physical Education and Sports at the University of Costa Rica.

It is true that there is a physiological kind of strength that has to do with physical fitness, and another kind with will power, but both are limited by how much of them a person possesses at any particular time. The kind of strength that comes from God has nothing to do with muscles or resolve or political or economic power. It depends on the fear of God and on trusting and hoping in Him:

No king is saved by the size of his army; no warrior escapes by his great strength. A horse is a vain hope for deliverance; despite all its great strength it cannot save. But the eyes of the LORD are on those who fear him, on those whose hope is in his unfailing love, to deliver them from death and keep them alive in famine (Psalms 33-16-19).
As Christian athletes, we must avoid the temptation of thinking that victory depends only on strictly following our training routine, or thinking that I am in control of my life, of thinking that I, by my own means alone, can jump even one centimeter higher (cf. Matthew 6:27). Athletes must certainly give all we’ve got to win, but the less we rely on our own strength and the more we abandon ourselves into God’s hands, the greater our strength and the more genuine our victories. There is a Bible passage that was one of my favorites when I was a 21-year-old P.E. student, and it remains a favorite over forty years later:
Do you not know? Have you not heard? The Lord is the everlasting God, the Creator of the ends of the earth. He will not grow tired or weary, and his understanding no one can fathom. He gives strength to the weary and increases the power of the weak. Even youths grow tired and weary, and young men stumble and fall; but those who hope in the Lord will renew their strength. They will soar on wings like eagles; they will run and not grow weary, they will walk and not be faint (Isaiah 40:28-31).
An ancient Church letter written by Pseudo-Clement gives a window on the right perspective for the Christian athlete. He wrote to a group of young disciples:
Are you then such a strong and trained athlete as to show that you are competing righteously in the stadium, and to enter this gymnasium, with the help of the Holy Spirit, so as to achieve the prize of victory, that is, the blessed fate in the celestial Jerusalem? If you wish to travel the way and reach the finish line of this vocation, conquer your body; tame the appetites of the flesh, subjugate the world with the Spirit of God, despise the passing, ephemeral, perverse and unstable vanities of this world. Defeat the dragon, defeat the lion, defeat the serpent, defeat Satan and remain in Christ Jesus, made strong by his doctrine and the divine Eucharist.
Where is your strength? It is in the triune God: Father, Son, and Holy Spirit. 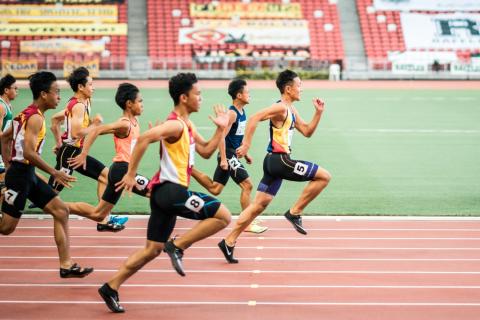 Previous: Sports as a Tool

Christian athletes are often taught that their Christianity should help them be better athletes - but perhaps it's better to look at sport as a tool for becoming better Christians.

The Christian Athlete: Sports as a Tool 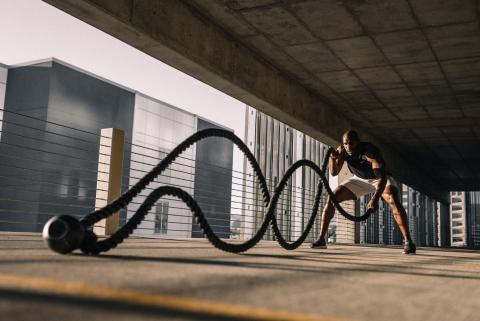 The Christian Athlete: Sports and Health 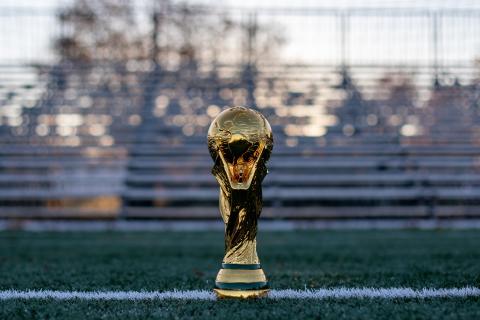 The Christian Athlete: Me, an Idolater?