From civil unrest to a global pandemic, it would not be an overstatement to suggest that the world has been turned upside down in 2020. Without mitigating the profound significance of the events of this past year, it is also important to recognize that this is far from the first time that the world has been changed. Many events have altered the course of nations and history, yet have just as quickly faded from sight. With that being said, a number of people and events have changed the course of history so decisively that their influence remains strong in our century. One such person is Paul of Tarsus, whose message concerning Jesus of Nazareth shook the very ground of the ancient Roman world.

According to the book of Acts, when Paul was in the ancient city of Thessalonica, he was accused of “turning the world upside down” (Acts 17:7). Upon hearing such a report today, it is tempting to underestimate the significance of Paul’s message due to the subtle contempt of familiarity. Instead, I would argue that Paul’s world-altering message is as timely as ever before, for in our age of political instability, Paul’s gospel is one of transcendent yet paradoxical political stability. For in being accused of “turning the world upside down,” Acts further specifies why, namely, that Paul was “acting contrary to the decrees of the emperor, saying there is another King named Jesus” (Acts 17:7).

As Paul traveled throughout the Roman Empire proclaiming that a Jewish man named Jesus of Nazareth is “lord,” this could understandably be viewed as subversive. For within the Roman Empire, there were many lords, but Caesar was the lord of all lords. Yet in proclaiming that Jesus is Lord, Paul is clear that neither Jesus of Nazareth nor his followers were coming for Caesar’s seat in some kind of coup, as he makes explicit in the thirteenth chapter of his letter to the Romans. It is true, however, that Paul’s message was indeed turning the world upside and it centers on the kind of king that Jesus is according to Paul.

Upon hearing such a report today, it is tempting to underestimate the significance of Paul’s message due to the subtle contempt of familiarity. Instead, I would argue that Paul’s world-altering message is as timely as ever before, for in our age of political instability, Paul’s gospel is one of transcendent yet paradoxical political stability.

Paul of Tarsus was raised and formed as a Pharisee, a group within late Judaism that believed there would be a resurrection of the dead at the end of all things, ushering in a new heavens and a new earth. When Paul encountered the resurrected Jesus, his entire life and message shifted; in particular, Paul learned that the promised life of the world to come had dawned in the midst of human history. Most importantly for Paul and his message, it is Jesus of Nazareth who has inaugurated this new world as its lord, meaning that when Paul proclaimed Jesus as king, this message transcended the peace and stability any merely mortal ruler could offer, Caesar included. The reason for this transcendent stability is rooted in Paul’s conviction that Jesus has defeated the one enemy that no mortal ruler has ever been able to defeat, death itself. This is not to suggest that Paul’s message meant that emperors or other rulers and their regimes are irrelevant or to be ignored. Quite the contrary, Paul is clear that they are profoundly significant and those who follow Jesus of Nazareth are obligated to what we might today call “responsible citizenship.” With this being said, Paul’s gospel does transcend the political regimes of this world due to the arrival of a superior regime wherein both the king and his subjects are able to defeat death. Yet the path to being able to share in Jesus’s defeat of death points to the paradoxical nature of Paul’s politically transcendent message, something Paul discusses directly in the eighth chapter of his letter to the Romans.

In what amounts to the climax of the first section of his letter to the Church in Rome, Paul states that the path to being able to share in the glory of the risen Christ is to share in the same kind of suffering (Romans 8:17). In the following section of chapter eight, Paul explains why this is necessary: the sufferings of this age are the “birth-pangs” of the world to come (Romans 8:18–23). In other words, the way in which the life of the age to come dawns is through the suffering of those who follow Jesus of Nazareth. While this might appear a bit masochistic at first blush, the inner logic of Paul’s account is precisely the opposite: those who join Jesus in suffering in order to usher in the world to come also join him in defeating death. When all those who follow Jesus through suffering have completed their task, the birth pangs of the world to come will be over and the new world will come in full.

When Paul of Tarsus announced to the Roman world that a new age has begun in the reign of the risen Jesus, his message turned the world upside down. In contrast to the politics of this age, Paul’s message offered a political hope beyond the limits of death. This transcendent peace, however, comes at a cost, and the cost is self-sacrifice. As our current age continues to spiral out of control, the message of Paul rings out across the corridors of time, inviting all to join him in following Jesus in the kind of suffering that “turns the world upside down.” 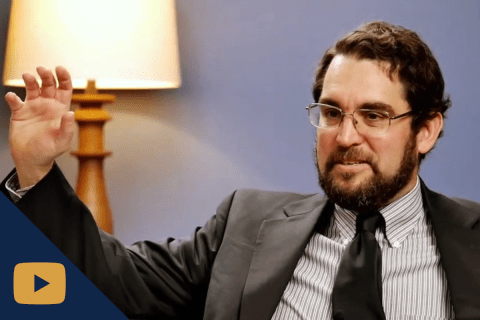 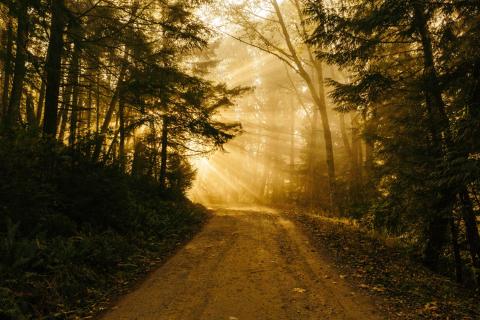 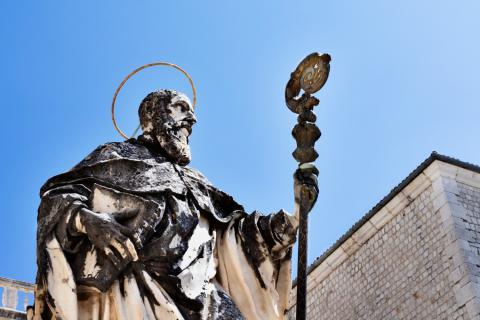