The following text is drawn from "Revitalizing and Institutionalizing Mission: Business Education at Catholic Universities," prepared by Michael J. Naughton, PhD, for Renewal of Catholic Higher Education: Essays in Catholic Studies in Honor of Don J. Briel, published by the University of Mary in 2017. Slight alterations have been made to the text. This is the third of a four-part series.

In his encyclical Caritas in veritate, Pope Benedict XVI called for “a profoundly new way of understanding the business enterprise.”1 Throughout the encyclical, he writes of rethinking in terms of the “logic of gift,” which “requires a deeper critical evaluation of the category of relation.”2 He explains that “[t]his is a task that cannot be undertaken by the social sciences alone, insofar as the contribution of disciplines such as metaphysics and theology is needed if man’s transcendent dignity is to be properly understood.”3 Yet where can such a theological and interdisciplinary exploration and conversation on the business enterprise take place?4 Such an understanding of business could be developed within Catholic universities and, in particular, through collaboration with their theology and philosophy departments and business schools. With over 200 Catholic universities in the U.S. alone, most of which have some kind of business program, one would expect that such places would afford the greatest amount of resources for such a conversation. Unfortunately, in light of our current analysis, both the business schools and theology departments have struggled to generate a robust conversation. Catholic Studies, by nature an interdisciplinary program, can play an indispensable role in fostering this conversation.

Many Catholic business schools get nervous when theological and, in particular, ecclesial language is introduced. For the most part, they tend to ignore or suppress it. Steve Porth, John McCall, and Joseph DiAngelo surveyed Catholic business schools and found that most had mission statements, many had references to ethics, but very few connected such missions and their understanding of ethics to the Catholic character of the university.5 When ethics was mentioned, it was an understanding of ethics that was secular in nature and, for the most part, tended to be utilitarian.6

Theologians, for their part, have ignored business questions, leaving it to their philosophy colleagues to engage the field of business ethics. While there is a strong interest in Catholic social thought among theologians, there is a tendency to focus that interest on either political questions or macroeconomic issues. As a discipline, theology tends to see politics as an instrument to economic justice rather than educating business leaders to change their own institutions.7 This is particularly unfortunate because business majors often make up the highest percentage of students in theology classrooms.

While there are many positive dimensions of Catholic universities and their business programs, they have not, in relation to their resources, contributed to the workings and advancement of the Catholic social tradition in business. This tradition has grown from a complementary relationship among authoritative teachers (Catholic social teachings), insightful scholars (Catholic social thought) and effective and principled practitioners (Catholic social practice). It is a tradition constantly developing, purifying and readjusting itself as it seeks to discern the good in social life. And yet, Catholic business programs and Catholic universities have not developed a robust relationship between Catholic social thought and business. Popes and bishops continue to speak about principles of Catholic social teachings. Business people, unionists and a variety of practitioners have responded as they ought—according to their lights, out of their various and concrete concerns—and they continue to respond. Yet, the Catholic university—the place where (as Rev. Theodore Hesburgh of Notre Dame put it) the Church does her thinking—and, in particular, the business schools that have lately come to prominence within the contemporary Catholic university, have been relatively silent on questions that, peculiarly, seem to be concretely theirs.6

Moreover, disengagement of Catholic business education from Catholic social teaching contributes to an unhealthy uniformity in the necessary plurality of management education. Various voices have complained of the homogeneity of higher education and particularly of business education. They have argued that a “cookie-cutter mentality” exists in many U.S. schools of management, which discourages a diversity of approaches to management education and to solving pressing business challenges. Lyman Porter and Lawrence McKibbin’s argument was taken most seriously by the American Assembly of Collegiate Schools of Business (AACSB) when its accreditation standards were reformulated in the 1980s and ’90s. Today, the standards are mission-driven and process-oriented.9 A school of business’ mission must be consistent with the mission of the university, and management processes must continually reflect the mission and its accomplishments. Unfortunately, most AACSB accreditors have little sense of what business education at a Catholic university should look like; thus, they rarely take its implications seriously.

1 Pope Benedict XVI, Caritas in Veritate (Vatican: Libreria Editrice Vaticana, 2009), §40. This theological and interdisciplinary rethinking is not Benedict’s alone. In the U.S., several businesspeople and academics have called for this rethinking. Back in the 1970s, Robert Greenleaf also noted the important role of theology in engaging this “category of relation” to institutions. He coined the phrase a “theology of institutions,” arguing, “[w]e have much science of institutions, but little theology of institutions.” In 1990, Michael Novak called for “theology of the corporation,” recognizing the dearth of theological reflection upon the growing influence of the corporation. More recently, Gary Hamel, a leading business scholar in the U.S., wrote in the Harvard Business Review that an important challenge for management is to “reconstruct management’s philosophical foundations.” This “will require hunting for new principles in fields as diverse as anthropology, biology, design, political science, urban planning and theology.” See S. A. Cortright and Michael Naughton, eds., Rethinking the Purpose of Business (Notre Dame, IN: University of Notre Dame Press, 2002); Robert K. Greenleaf, The Institution as Servant (Cambridge, Mass.: Center for Applied Studies, 1972); Michael Novak, Toward a Theology of the Corporation (Washington, D.C.: AEI Press, 1990); Gary Hamel, “Moon Shots for Management,” Harvard Business Review (2009): 93.

4 This is one of Benedict’s contributions to the Catholic social tradition—reconnecting us to the theological ground that is the fundamental resource, not only to its intellectual understanding, but to its affective connection and willful acts. It is a tradition that does not merely add one more level of motivation to economic life, but rather it reorders this life to its deepest roots in God’s gift of love mediated through vocation, virtues, prayer, discernment, etc. “In a word, the Christian difference, as it affects the economic and political order, is one not merely of additional motivation but of inner transformation.” David Schindler, “The Anthropological Vision of Caritas in veritate in Light of Economic and Cultural Life in the United States,” Communio 37 (2010): 564.

5 Stephen J. Porth, John J. McCall, and Joseph A. DiAngelo, “Business Education at Catholic Universities: Current Status and Future Directions,” Journal of Catholic Higher Education 28 (2009): 3-22. Of those schools with undergraduate learning goals, over 80 percent of the respondents “measured student outcomes with respect to ethics education but only 6 percent assessed learning with respect to religious identity.”

6 Benedict explains that a utilitarian and contractual approach poses serious problems for the world, let alone a Catholic university. “In the face of these imbalances it is necessary to re-establish an integral reason that regenerates thinking and ethics. Without moral thought capable of overcoming the structure of secular ethics, such as the neo-utilitarian and neo-contractual, that are based mainly on skepticism and on a prevalently immanentistic view of history, access to knowledge of the true human good becomes difficult for contemporary man. It is necessary to develop humanistic cultural syntheses open to the Transcendent through a new evangelization—rooted in the new law of the Gospel, the law of the Spirit.” See “Address to Participants in the Meeting on the 50th Anniversary of the Encyclical Mater et magistra,” Vatican Web site, May 16, 2011, http://www.vatican.va/holy_father/benedict_xvi/speeches/2011/may/documents/hf_ben-xvi_spe_20110516_justpeace_en.html.

8 Quoted in Richard McBrien, “What Is a Catholic University?” The Challenge and Promise of a Catholic University, ed. Theodore M. Hesburgh, C.S.C. (Notre Dame, Indiana: University of Notre Dame Press, 1994), 156. There are of course notable exceptions to this silence but that Catholic business schools as a whole have failed to engage Catholic social thought seems an indisputable fact. When, for example, Edwin M. Epstein, who is Jewish, came from the University of California’s Haas’ School of Business to take over as dean of the School of Economics and Business Administration at St. Mary’s Moraga in California, he thought he would find a robust and dynamic conversation on the relationship between Catholic social thought and management. He was moved to note that while it seemed obvious that Catholic social thought should inform business education at a Catholic university, he has been “struck by the paucity of discussion devoted, in Catholic sources, to business and economics education in Catholic institutions.” “Catholic Social Teaching and Education in Business and Economics,” Educational Perspectives 14 (1996): 26. 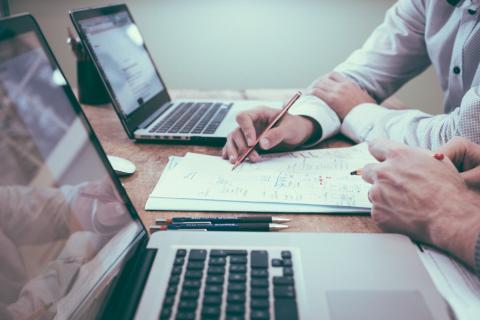 Next: Building a Culture and Institutionalizing Mission-Driven Business Education

If we are serious about the Catholic mission and identity of business education, we must evaluate how its commitments are operationalized, especially amongst the teaching faculty. 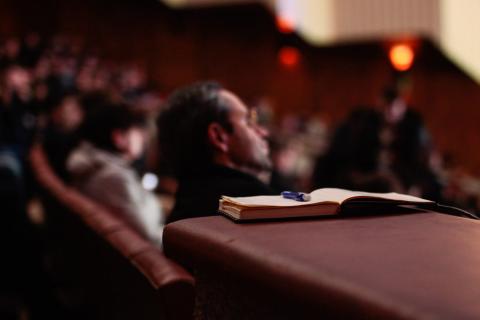 Previous: An Integrating Vision of Business Education at Catholic Universities

For a Catholic business school to engage its mission and identity fully, a conviction in the unity of knowledge and the complementarity of faith and reason must play a central role. 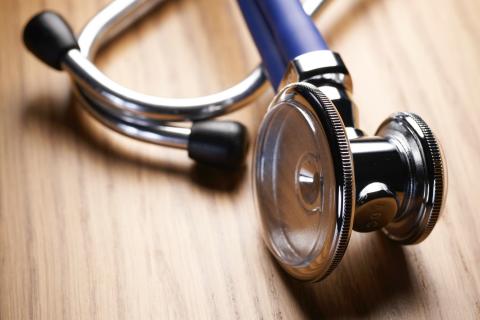 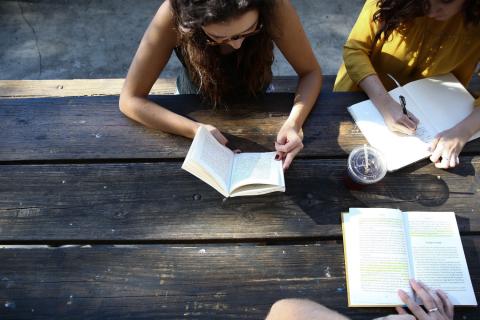