Over the past few years, there has been a rise in the rhetoric of “No justice, no peace!”

Many have attributed the increasing polarization of our society to a great number of injustices imposed on our communities, including gun violence, police overreach, racism, and income inequality. The lens through which any injustice is viewed will be based (at least partly) on the beholder. If climate change is the problem, the activist will call for “going green” at all costs. If minimum wage is the issue, some will support increases as a basic question of equality while others will warn of the negative impacts on businesses and employers and thus the employees themselves. Calls for justice, then, are often based on the direction social opinion is already flowing – and how willing one is to join that current or flow against it.

Justice, at face value, means giving each their due, and often means that some sort of remedy is applied to the treatment (or mistreatment) of a person. Justice has been viewed as being a matter of bringing about what is fair and right and eliminating what is unfair and wrong. In more technical terms, there are generally four descriptors of justice. The first is distributive justice, which helps to determine who gets what. Procedural justice examines whether people have been treated fairly. Retributive justice provides a degree of punishment to one who has done wrong, while restorative justice seeks to bring a greater degree of rightness to an unjust situation. In recent years, these four aspects of justice seem to have been pulled together in an attempt to address social ills through diversity, equity, and inclusion (DEI) initiatives. In addition to justice, DEI initiatives are concerned with concepts such as opportunity, participation, and privilege.

But what if there is another way to understand and address social ills?

Charity means willing the good of the other. Charity can certainly be viewed as generosity and philanthropy; however, the true essence of charity is love. So what would viewing our social ills through a lens of social charity, rather than a lens of social justice, look like? Whereas social justice has tended to look at homelessness with an examination of how it occurred in the first place, for instance, social charity highlights the immediate human need and calls us to resolve the situation through shelters and food kitchens. A desire to uphold the dignity of the individual leads to a search for effective solutions.

The idea of social charity can be understood in terms of two of the main principles of Catholic Social Teaching: solidarity and subsidiarity. Solidarity, as a social dimension, is the fraternal humility we enact to perfect our unity with others. Subsidiarity, as a personal dimension, addresses how institutions engage with the human person. Subsidiarity attempts to place the decision-making and responsibility at the most appropriate level, as close to the individual human person as is reasonably possible. When there is a high degree of both solidarity and subsidiarity, human development and flourishing will result.

Bishop Barron has argued that “charity goes beyond justice, but requires justice.” Such an elevation of charity fits within the tradition: Pope Pius XI wrote in Quadragesimo anno that charity is the “bond of perfection,” and St. Paul wrote in his letter to the Colossians (3:14), “and over all these virtues, put on love, which binds them all together in perfect unity.” This understanding of charity reminds us that while there is an order of priority of goods, the various goods of human life are also related to one another (and charity plays a unifying role).

Businesses are collections of persons, each with their own self-interests and interests in other persons and communities. Businesses contribute to the common good through the fulfillment of their own goods. While not the only sorts of institutions concerned with social justice and social charity, businesses can serve a mediating role in how we order the various goods of society and the person. In the pursuit of profits – a necessary good and the sign of a healthy and efficient organization – businesses also provide work. In the classical, Christian tradition, work has been recognized as a participation in God’s creation. Furthermore, the philosopher Aristotle noted that there are two forms of work, poiesis (“making”) and praxis (“doing”). Through a complex pattern of making and doing, the worker gets caught up in his or her work and is shaped and transformed, both as the subject and as an object of the work. It is in this sense the work allows humans to flourish, bringing various parts of their person to life. The praxis of work ultimately produces changes in the worker, which further allows that individual to engage in more meaningful exchanges, relationships, and encounters within society.

When properly enacted, social charity triumphs over social justice. Social charity, combined with Catholic Social Teaching, can have a profound impact on society. Viewing social ills through a lens of social charity could assist with an integration of individual purpose with organizational needs. Such a vision could further help businesses to unlock and appreciate their gifts in ways that could benefit society. Perhaps such a vision could also counter the polarization we are experiencing in our society, offering us a new mantra: “Only charity, only peace!” 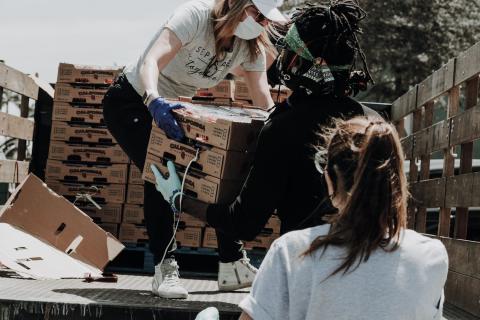 The Gift of Fraternal Humility 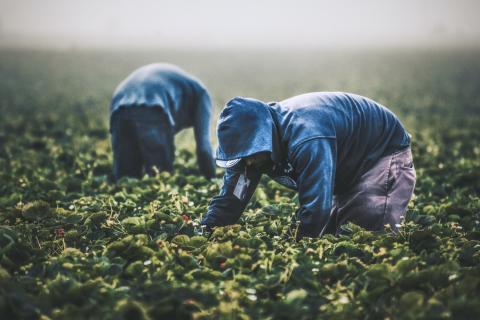 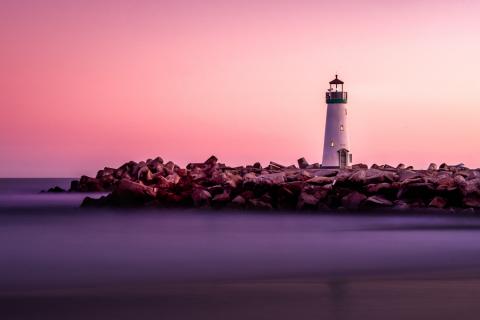