“Among all human pursuits, the pursuit of wisdom is the most perfect, the most noble, the most useful, and the most joyful.” – St. Thomas Aquinas, Summa Contra Gentiles

It is an interesting historical fact that the Christian Church throughout the centuries has developed one of the richest and most sophisticated intellectual traditions in human history: interesting, because it is a somewhat unique achievement for a religion. Most of the religions of the world have not been notable for their interest in the development of the intellectual life. Why, then, has Christianity been so amenable to the cultivation of the mind? Why has it been such a rich soil for philosophy, science, and literature? Why is it that Christianity regularly builds upon and deepens the intellectual culture of the societies it penetrates? The reasons go beyond a happy historical accident and have rather to do with the Christian account of reality. The central doctrine of Christianity – the Incarnation – involves the claim that the ‘Logos’, the ‘Word’ by whom all creation came into being, became flesh in Christ. This fundamental doctrine is the interpretive key to the whole Christian understanding of things, and has meant that reason, rationality, and order – aspects of the meaning of Logos, the Word – are at the heart of the Christian story. To come to know Christ is to encounter reason in human form. By ‘knowing’ and ‘reason’, here, we do not mean the attenuated reason all too common in our modern conception of things – God is not a mathematical formula. Instead, we mean reason in all its bursting fullness – reason that engages the highest aspects of the human soul encountering everything that comes from the living mind of God, embracing truth and meaning. To be a serious Christian is, by necessity, to be interested in the life of the mind. St. Paul put the matter in a kind of shorthand: “We have the mind of Christ” (1 Corinthians 2:16). To go from a “darkened mind” (Ephesians 4:18) to a “renewed mind” (Romans 12:1) is at the heart of Christian conversion.

As soon as all this is said, an objection springs to mind. A phrase like ‘the intellectual life’ tends to bring with it a stuffy and pedantic atmosphere. ‘The academic life,’ as we sometimes call it, may be interesting to some, but the majority of us find it to be either irrelevant to the real concerns of real people or a mere enclave of somewhat snooty types who develop strange ways of speaking and write books that no one reads. “Surely the heart of Christianity is not in mere book-learning,” the objection goes, “nor in the dry and dusty concerns of academics. The faith must be lived. It involves the heart more than the mind and it touches our emotions more powerfully than our thoughts. Intellectual concerns no doubt have their uses, but they should be kept in their place, lest the faith degenerate into lifeless book-learning or rote formularies.” The notion of the “ivory tower” neatly captures this atmosphere.

It is hard not to sympathize with this view of things; nevertheless, it is a mistaken view. An attentive reading of the New Testament will disclose that conversion is most often spoken of as a growth in knowledge, that the mind is understood to be the key arena of battle and transformation, and that ‘truth’ is among the most important words in the Scripture. At the same time, none of the biblical concern for the life of the mind is meant to end in barren knowledge or in a bloodless expression of the faith. What, then, is the problem? Where is the disconnect?

Do not be conformed to this world, but be transformed by the renewal of your mind.

Much of our instinctive dislike of terms like ‘academic’ and ‘intellectual’ stem from the current state of our educational culture. Our universities excel at technical training. In all that concerns the essence of the intellectual life, however, they are seriously lacking. The highest operation of the mind and the intellectual activity that brings most excitement and most joy is the perception of truth, especially the perception of how everything fits together into a meaningful whole. Our intellects come alive to reality not by amassing miscellaneous information but rather by integrating all we have learned and experienced into a higher coherence. Unfortunately, our current educational culture is hopelessly fragmented, mimicking and furthering the dysfunctions of the wider society, and it has abandoned even the attempt to provide an overall vision of reality. This state of affairs – and the dismally boring educational experience it often engenders – has given the intellect a bad name. Even professors are bored by their own teaching, and often spend most of their time in the recesses of arcane research or in the business of administrative detail as avenues to personal career advancement. There is not much excitement there, but at least the summers are free.

The university spontaneously sprang up in the medieval period as a popular movement, an expression of delight in the life of the mind and a part of the search for a compelling vision of truth that encompassed everything. Young men by the thousands were found wandering around Europe looking for those who could teach them, and this incipient chaos was brought into order by the founding of guilds, whether of teachers as in Paris, or of students as in Bologna. The universities then grew into influential institutions whose special task was to pursue and preserve the Christian vision of reality for the sake of the whole of the society. The grandeur of that vision, along with the corresponding excitement of students, has waned among us. But that need not be the case.

The Catholic university is – or ought to be – interested in everything, in the whole of things. All the varied aspects of reality are studied there, not in isolation from one another as a kind of variety buffet but rather as seen through the lens of a unifying vision, a vision that needs ongoing clarification and development but whose fundamental contours have been imparted by God himself and bear the unmistakable and compelling ring of truth.

When the Catholic university initiates its students in the Christian imaginative vision, it is performing its most significant function, handing on what has been received from Christ himself in all its spiritual, intellectual, cultural, and social richness. In initiating its students into this vision, the Catholic university is giving them the essential elements of what they need to successfully navigate the drama of life. Students who encounter that living tradition come newly alive and find their minds and spirits dancing. This should not come as a surprise, because the Christian vision is always the most refreshing thing on the face of the earth, since it is breathed by the Holy Spirit who is always fresh and young and whose eternal truths are new every morning.

There are many ways notional knowledge can become real knowledge, the sort of knowledge that becomes a living truth within us. Prime Matters seeks to aid readers in this process. 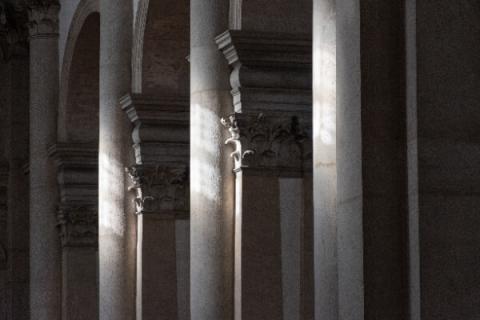 Prime Matters is interested in investigating the assumed first principles that undergird the Christian vision of the world, as well as those from which other views of reality around us arise. 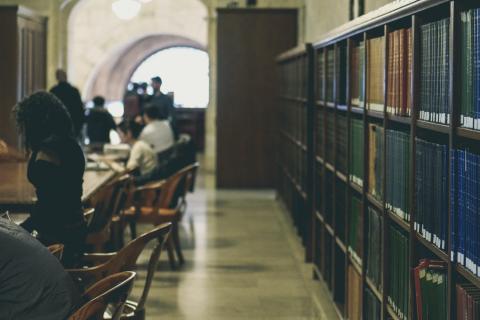 The Value of Liberal Arts in the Preparation of Teachers

Dr. Rod Jonas
Dean, Liffrig Family School of Education and Behavioral Sciences, University of Mary
Learn more about The Value of Liberal Arts in the Preparation of Teachers 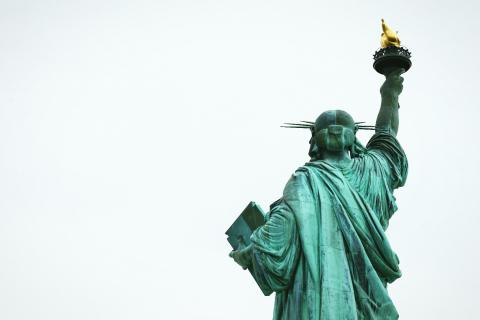 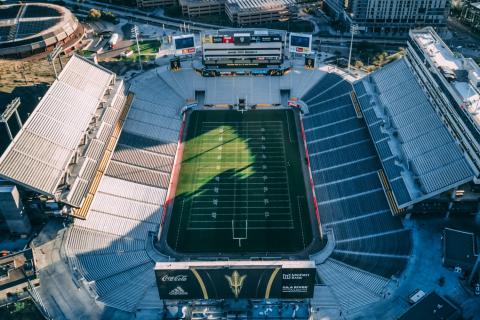