“If a man has a hundred sheep, and one of them has gone astray, does he not leave the ninety-nine on the hills and go in search of the one that went astray? And if he finds it, truly, I say to you, he rejoices over it more than over the ninety-nine that never went astray. So it is not the will of my Father who is in heaven that one of these little ones should perish” (Matthew 18:12-14).

Advent is the season of the lost sheep waiting for the shepherd. What is that lost sheep imagining as he waits? Is he fearful, imagining power and anger on its way? Does he expect the shepherd to arrive annoyed? Perhaps he simply expects the shepherd to fail to show up. The sheep’s understanding of the shepherd who is coming to save him fundamentally shapes his experience of waiting and colors his sense of expectation.

As we take the place of the lost sheep and enter into Advent, it is vital for us to remember that the truths of the faith describe reality, and that an imagination properly formed according to the Christian faith is necessary in order for us to see the world as it truly is. To imagine the Good Shepherd’s disposition as he comes to save us incorrectly is thus to misperceive reality – it is to live in a fantasy. In order to live in reality, we must wait with expectant faith that the God of the universe is coming to meet us where we are lost. Aware of our brokenness and need for a savior, we are exhorted to wait with confident, expectant faith, filled with a certain excitement at the fact that soon the Good Shepherd will come and save us in our most miserable, broken place.

Advent is not about slowing down reality to reflect on a fantasy; rather, it is about stepping out of a fantasy to live in reality.

The lost sheep serves as a helpful image for our experience of Advent for another reason: it reminds us that the most important aspect of our lives is our need of a savior. Oftentimes, Advent is referenced as a reminder that we need to take time out from our busy lives, made even busier with Christmas preparations. The implication is often that we must step outside of reality and focus our attention elsewhere. With a purified imagination, however, we recognize the opposite to be true: looking beyond our day-to-day lives to consider invisible realities is actually a step back into reality from the fantasy of our chaotic, materialistic lives. Advent is not about slowing down reality to reflect on a fantasy; rather, it is about stepping out of a fantasy to live in reality.

With the goal of stepping out of a fantasy and living in reality in mind, I propose two calls central to the season of Advent for your reflection.

The first call of Advent comes from St. John the Baptist, whose prophetic mission was to prepare the way for Christ. As the last prophet of the Jewish tradition, John’s message was different from his predecessors in an important way. The previous prophets had tended to point toward the future, speaking of some coming event or the eventual Messiah: "repent, or this will be the future," or "someday soon, God will come for his people." John, on the other hand, called the people to repentance because the kingdom of heaven had already arrived – the kingdom was at hand and the Lamb of God was present among the people. John prepared the people for a reality that was already present in their midst of which they were not yet aware. In this sense, then, we see that the waiting and expectation of Advent is encapsulated perfectly in Mary: pregnant with Jesus and aware of his presence, waiting for his arrival nevertheless.

To stay awake in Advent is to live in awareness of the spiritual realities surrounding us.

The second call of Advent is found in the liturgy: stay awake. When we are physically asleep, we are unaware of what is happening around us. We could be surrounded by others, but so long as we remain asleep, we will fail to notice. In the same way, when we are asleep spiritually, we remain unaware of invisible realities surrounding us and of the presence of the One who is with us. To stay awake in Advent is to live in awareness of the spiritual realities surrounding us.

To live in Advent is to step out of the fantasies that arise from our busy lives and return to reality, recognizing ourselves as the lost sheep. We get lost, absorbed in ourselves, and lose the expectation or recognition that someone is coming for us. This, then, is central to Christianity: we are not presented with a mere commandment or new set of laws, but rather with a person. This person is why we must stay awake and aware – if we get absorbed in ourselves and in the fantasies of daily life, we will fail to recognize his presence and impending arrival. Called to stay awake and prepare to encounter a reality that is in one sense present and in another sense on his way, we must ensure that our imaginations present reality to us correctly, lest our expectation give way to fear or anxiety rather than infallible hope. Stay awake, the kingdom of heaven is at hand. 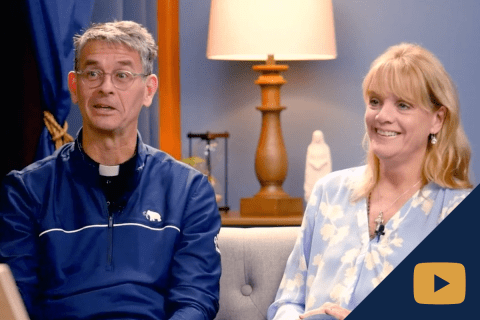 An Unknown Future and a Known God 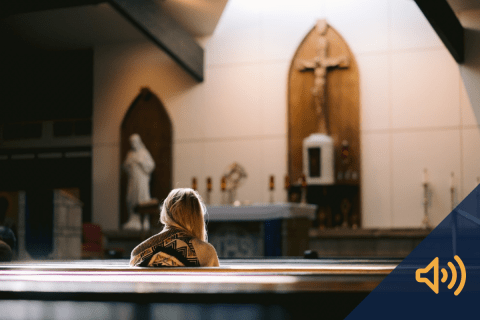 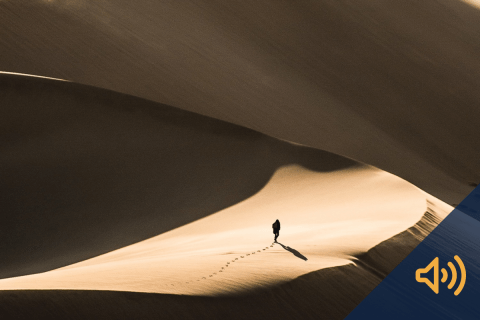