“Always be prepared to make a defense to anyone who calls you to account for the hope that is in you, yet do it with gentleness and reverence” (1 Peter 3:15).

The verse quoted above from St. Peter has been the starting point of a long and illustrious tradition among Christians. In Peter’s original Greek, the word translated as “defense” is “apologia.” That word stems from logos, meaning reason or rationality. The tradition has thus been called “apologetics”: the practice of rendering an account, of mustering a defense for the truths of the faith.

The tradition of apologetics began with the Apostles themselves. St. Paul especially was often called upon to defend his beliefs. A classic account of such an apologia took place after Paul had been arrested in Jerusalem. He was eventually brought before King Agrippa who had expressed interest in hearing what Paul had to say. Paul says to him, “I think myself fortunate that it is before you, King Agrippa, I am to make my defense [apologia] today (Acts 26:2). His account of “the hope that was in him” was so compelling that the King said to him, “In a short time you think to make me a Christian!” to which Paul responded in so many words, “Of course!”

Others soon picked up the task. Justin Martyr, a writer of the second century who had converted to Christianity from pagan philosophy, wrote two “Apologies” intended for educated Romans. St. Augustine’s classic City of God is, among other things, an extended apologetic work. Thomas Aquinas was a noted apologist, especially in his work entitled Summa Contra Gentiles. There have been many other notable apologists of the faith running down into modern times: Pascal, Bossuet, Newman, G. K. Chesterton, and C. S. Lewis, to name only a few of the better known.

An age like ours, so highly rationalistic and so eager to run away from its Christian past, is in need of all the good apologetic work the Church can muster. To meet this need there is currently on offer a flood of Christian apologetic writing from many able authors. Every educated believer now needs to be something of an apologist. Given this it is important for Christians to be clear about what they are attempting to do when they set out to account for their beliefs. If they are not careful they might find themselves unwittingly attempting to defend the faith along lines that lead to dead ends.

The main danger Christians face when making their defense is to think that their task is to somehow prove that Christianity is true. They can think that they need to battle skeptics and unbelievers and argue them into the faith. But this is not the task of apologetics. The Christian faith is not the sort of thing one can be argued into. The person doing apologetic work is not trying to show that Christianity is undeniably true, but rather to show that Christianity is plausible. An example from the tradition can be seen in Aquinas’s treatment of the doctrine of Original Sin in his Summa Contra Gentiles. Aquinas first lays out the doctrine, citing various Scriptural references. He then follows with a list of objections that have been or could be brought against the doctrine and that seem to make it unreasonable, detailing fourteen of them. He meets these objections one by one, showing that they have not succeeded in making the doctrine impossible or unbelievable. Finally he sums up his three-chapter treatment with the line: “Thus, then, it is neither unsuitable nor irrational to affirm the presence of original sin in men” (Summa Contra Gentiles, Book IV, Chs. 50-52). This is Aquinas’s tactic with all the main Christian doctrines from start to finish. His apologetic aim is to show that the truths of the faith are not impossible, unsuitable, irrational, or absurd.

One can see the high importance of showing Christian claims to be plausible. A person who for whatever reason has come to think that the Christian view of reality is simply absurd will have a hard time seriously considering its claims. Apologetics can clear obstacles out of the path such that the message of Christ can genuinely be heard. A compelling defense of the faith can prepare the ground for the good seed of the Gospel.

The point of apologetics is not to come out on top of an argumentative wrestling match, nor to make someone else look stupid, nor to prove that our way of thinking is the only intelligent one. None of this furthers the Gospel, and most of it is just an excuse for vanity and intellectual pride.

Yet the Gospel still has to be preached, heard, and responded to, and that will need to happen on a much deeper level than mere rational argumentation. When Jesus was being tried by Pontius Pilate, he said to that skeptical Roman, “For this I was born, and for this I have come into the world, to bear witness to the truth. Everyone who is of the truth hears my voice” (John 18:37). The truth of Christ makes a direct appeal to the inner mind and spirit of every human soul, and in that mysterious encounter of the creature with the Creator, the heart of the hearer is being sifted. No one from outside can glimpse what is happening in that hidden place where God meets and deals with his children. All we can do for one another is to speak and live Christ’s truth as authentically as we can, and to help remove obstacles such that Christ can be seen and heard. What happens then is between God and the individual soul.

It is necessary to insist on this somewhat modest if still very important goal of apologetics in view of our current cultural climate. We live in a highly contentious social world in which people often wield arguments like clubs. How often do we see in various social media or news outlets a tagline like: “Watch [so-and-so] take on [so-and-so] about [such-and-such] and destroy him!” Christians need to be careful not to imitate this argumentative style as they go about their apologetic task. The point of apologetics is not to come out on top of an argumentative wrestling match, nor to make someone else look stupid, nor to prove that our way of thinking is the only intelligent one. None of this furthers the Gospel, and most of it is just an excuse for vanity and intellectual pride.

It is important to remember that God has carefully managed his government of the world such that the signs of his invisible presence will be evident to those who are seeking him, and yet not so obvious as to compel the belief of those who do not want to find him. If the point of his presence was simply to get people to believe that he existed and that he was Lord of creation, he could accomplish it easily and quickly. But that is not his purpose; not yet. This age is a time of mercy, an age of the proclamation of the Gospel, a time for rebels to turn from their false allegiance and return to their true home, a time when “the thoughts out of many hearts will be revealed” (Luke 2:35). God gives us signs, intimations, and evidences of his presence both internal and external, the greatest of which was his uniting himself to our humanity and walking among us in Christ. Those whose hearts are seeking him will be given all they need to recognize his presence, and will then be in a position to encounter him and be drawn into his life. “Seek and you will find,” is the magnificent promise Christ gives to those who are looking for God. This promise brings with it the necessary corollary: “Do not seek and you will not find.”

The work of apologetics helps those who are seeking God by showing the reasonableness, fitness, goodness, and beauty of the Gospel message, and by clearing away mists and obstructions that might get in the way of an authentic encounter with Christ. When it has done that, it has performed its proper task. It cannot compel belief.

Two aspects of Peter’s admonition to his fellow Christians can help us as we engage in the work of apologetics. The first is to note that Peter speaks of the Christian apologia as a response to those who have become intrigued or puzzled by the witness of the Christian life, and who want to know why Christians are living in their distinctive way. Apologetics begins with the witness of hope and faith, and addresses those who have been moved by that witness. Christians whose witness is not compelling will not make good apologists, no matter how impressive their argumentative skills may be. If they are clever they may be able to shut up an opponent, but they will be of little use to souls seeking the truth. As if to underline this point, a second aspect of Peter’s encouragement is his insistence that the Christian defense be done with gentleness and reverence: gentleness toward those we are responding to, and reverence toward God. Not a last-man-standing slugfest, but a helping hand to the genuinely inquiring or troubled. In other words, doing apologetics, making a defense of the Christian hope, is an act of charity and follows the laws of charity. Its point is not to win an argument, but to gain a soul. There are many who are seeking Christ without fully realizing it, or whose desire for their Creator is asleep in them waiting to be awakened. For such as these, to find that the Christian account of reality is plausible may be just the step they need to move forward to a decisive encounter with their Lord. For those who are not seeking Christ, no amount of argumentation will make a difference, because the problem they face is not lack of knowledge, but lack of desire to belong to God. That kind of resistance to truth demands a very different kind of remedy than apologetics is able to provide.

We’ve been considering the wisdom of St. Peter; we’ll leave the last word to St. Paul.

“Have nothing to do with stupid, senseless controversies; you know that they breed quarrels. And the Lord's servant must not be quarrelsome but kindly to everyone, an apt teacher, forbearing, correcting his opponents with gentleness. God may perhaps grant that they will repent and come to know the truth, and they may escape from the snare of the devil, after being captured by him to do his will” (2 Timothy 2:23-6). 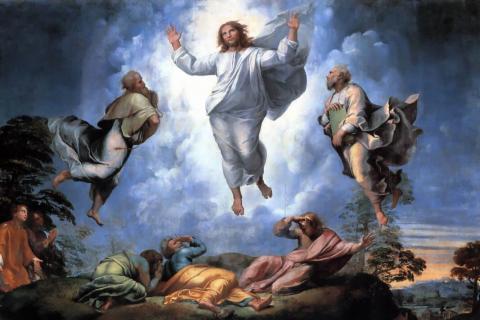 Christianity as a Revealed Religion

If God has revealed himself definitively to humanity, the sensible thing to do is receive that revelation and live accordingly. Otherwise, we are left to find our way as best we can.