"Even in countries evangelized many centuries ago, the reality of a 'Christian society' which, amid all the frailties which have always marked human life, measured itself explicitly on Gospel values, is now gone" (Pope St. John Paul II, Novo Millenio Ineunte, 40).

Whatever the advantages and disadvantages of a Christendom or an apostolic cultural situation may be, we do not get to choose the sort of society we would prefer. We receive from Christ both the times in which we are to live and the grace to engage our world as it is. As we turn our eyes to our own time and place and ask what kind of culture we inhabit, what its overarching imaginative vision is and what the pastoral strategies appropriate to it are, we open upon a complex and in many respects unprecedented picture. Living in this unprecedented complexity requires new and effective ways of living the Gospel and of witnessing to the truths of the Faith.

The last several centuries have seen an increasingly bitter contest in the West between two competing ruling visions: a largely Christian vision that had pertained for many centuries, and a humanistic and materialistic vision that began to emerge in the latter part of the seventeenth century, which goes by the general name of ‘the Enlightenment.’ To say that these two visions have been in conflict is not to say that they share nothing in common or that the earlier Christian vision has not been a source of much in the Enlightenment one. But although these two visions might view some things similarly, they view everything differently; the overall scheme or pattern into which various beliefs or practices are embedded gives a different meaning even to that which – taken separately – might be similar.

Until around World War I, Europe was by and large a set of Christendom cultures, though insightful observers were seeing the direction toward which it was headed much earlier. For there had been a kind of cultural civil war being fought for close to two hundred years, with greater or lesser intensity, especially among the educated classes. In the century since, that war is essentially over in Europe; Christendom has been chased from the field – not Christianity or the Church, but Europe as a Christendom society. By contrast, America has until very recently been a kind of Christendom culture, and in some places, it remains so to a significant degree. From its beginnings, the American societal vision was something of an alloy. In an uneasy mix, there was a smelting of Christian elements inherited from the long history of the West with elements of the Enlightenment. That American cultural vision has been on the whole friendly to Christianity, but that is rapidly dissipating. Many recent developments make this clear. The change runs deep, and it is not likely to be reversed anytime soon.

“I wish it need not have happened in my time,” said Frodo.

“So do I,” said Gandalf, “and so do all who live to see such times. But that is not for them to decide. All we have to decide is what to do with the time that is given us.”

The point of recounting all this is not to announce apocalypse nor to indulge in nostalgia. Rather, it is to suggest that we need to understand our culture – its darkest depths as well as its most promising aspects – so that we can begin to recognize know how to bring the light of Christ to it.

Thinking with a Christendom Mode in an Apostolic Time

Not surprisingly, there are many American Catholics who still have a Christendom mentality. They were raised with it, and it has become part of the assumed furniture of their minds. This inherited attitude is understandable, but from a strategic point of view, it is also disastrous. The rapid change from a Christendom ruling vision to a modern progressive utopian one has radically altered the strategic situation.

In this regard it would be well to take note of places like Quebec, Belgium, Spain, and Ireland. Until recently, the culture in these places appeared to be soundly Catholic even while the wider world was embracing a secular orientation. Yet in the space of one generation the bottom of the Christendom culture fell out. Almost overnight, these societies went from being strongly Catholic to aggressively secular. One reason for the rapid collapse was that the overarching vision of the society had been changing over a course of time, but the change was not perceived and the institutions of the Church were not adjusting to it; they rather continued to be led under an attitude of “business as usual.” At a certain point the eroding Christian vision could no longer bear the weight of the culture; the house collapsed, and great was its fall. These admittedly complex situations point to a working principle: institutional and ecclesiastical strategies that are suited to Christendom do not work well in an apostolic setting. During a time when there is rapid change away from a Christendom vision, a time like our own, the Church needs to think about the spirit and operation of all of her institutions in a different way. Otherwise, those institutions could lose their effectiveness or be captured by the prevailing culture.

Under a different set of cultural conditions, a similar changing of a culture’s ruling narrative vision can be seen to be at work in Latin America. This region has long been made up of a set of Christendom societies, whose overarching vision has been carried by the Catholic Church. For the past hundred years or so, however, that imaginative vision has been under serious attack, first from aggressively secular governments and more recently through electronic media and economic factors connecting its users to a largely secular global culture. Older institutional and cultural formulations developed during those Christendom years are not working as well as they once did. Nonetheless, the great majority of Latin Americans still identify as Christian. But while the Catholic Church has been losing numbers and influence among Latin populations, Protestant Evangelical Christianity has seen a sharp rise. Whatever the limitations of that stream of Christianity may be, it goes forward, evangelistically and pastorally, under an apostolic mode. It assumes a mission posture and is therefore better suited to address the current Latin situation. The more that Latin American Catholics embrace apostolicity, the less likely their congregations and their families will be to abandon their faith, whether to the secular global culture or to small independent churches. To the degree that they continue with “business as usual,” they can expect to watch an ever-increasing number of their members go elsewhere.

Our problem is rather that much of the Church is still in a Christendom mode, either seriously compromised by the ruling vision of the wider culture or using outmoded strategies that were devised for a different context, and so it is unable to cope with the current culture.

Here in the United States we can see this principle working itself out in all the key institutions of the Church: the family, schools, charity organizations, parishes, chanceries. Older patterns and institutional strategies that worked well in their time no longer catch the ear of the culture or maintain their hold on members of the Church. The children of Catholic parents often leave the Faith; Catholic schools and universities do not graduate serious Catholic believers; parishes do not produce vocations to the priesthood and religious life; religious orders shrivel. For those with a Christendom orientation, the news of our time is one long tale of decline and loss: numbers down, institutions secularized or moribund, loss of cultural clout evident. All this can produce an atmosphere of discouragement and defeatism.

Alongside this picture needs to be placed another and more encouraging one. Wherever apostolic zeal and apostolic strategies are in operation, the results are impressive: one sees conversions to the Faith, especially among the young; new movements and religious communities being born or rediscovering their vitality; institutions being founded or reformed; a deepening life of prayer and communal witness being expressed. These movements do not involve majorities, but that is part of the nature of an apostolic time: in a mission setting, the Church does not move by majorities. What we face is not a culture so corrupt that it is immune to the Gospel nor a populace for whom Catholicism has altogether lost its bite or its attractiveness. Our problem is rather that much of the Church is still in a Christendom mode, either seriously compromised by the ruling vision of the wider culture or using outmoded strategies that were devised for a different context, and so it is unable to cope with the current culture. The task at hand is to find ways successfully to engage members in the Church – and those outside of it – with the truths of the Faith.

There is a telling event in the life of the prophet Elisha, recounted in the Second Book of Kings (6:23-8). An alliance of hostile powers had invaded Israel, and an army was laying siege to the city where Elisha was staying with his servant. In this dire predicament the servant grew anxious, but Elisha encouraged him with the words, “Don’t be afraid; those who are with us are more than those who are with them.” This made no sense to the servant, who could see no allies but only a vast army of enemies. So Elisha prayed that the servant’s eyes would be opened to see the spiritual world, to catch a glimpse of the genuine reality. The young man’s eyes were opened, and he saw an army of heavenly horsemen and chariots around Elisha more than equal to the task of handling the enemy forces. This is not just a charming story; it is the expression of a truth of great practical importance. The Church will regularly appear to be the underdog when an assessment of her fortunes looks only at the visible world of politics, economics, cultural clout, and numbers. But when the Church is seen truly, as a divine society transcending space and time, filled with the presence and strength of God, resplendent with the power and beauty of angels and perfected humans, bringing all the authority of heaven to bear on the world’s affairs, the picture looks quite different. An apostolic age, especially one now emerging from the ruins of a Christendom culture, needs to be clear about the sources of the Church’s strength in the battles she faces.

This five-part series is drawn from From Christendom to Apostolic Mission: Pastoral Strategies for an Apostolic Age, published by the University of Mary (2020).

More in Christendom to Apostolic

Christendom and Apostolic Modes of Engagement

When a society’s imaginative vision is founded on Christianity, the Church utilizes a Christendom mode of engagement; otherwise, an Apostolic mode pertains. 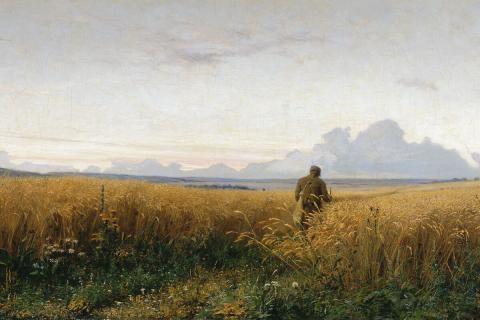 Pastoral Strategies for an Apostolic Age

In order to direct the Apostolic impulse, we must clarify the principles and attitudes of engagement proper to our age.

All in Christendom to Apostolic