Saint Ignatius of Loyola (1491-1556) is one of Catholicism’s best-known saints. His dramatic conversion to a deeper faith took place during a period of convalescence while he was recovering from a wound received in battle, and at the age of thirty he abandoned the life of a soldier and courtier to become an ardent disciple of Christ. His first hope was to be a missionary to those who had never heard of Christ, and as a Spaniard this aspiration led him to turn his attention to becoming a missionary to the Muslim world. The band of men he gathered around himself, who eventually became the Jesuit order (founded in 1540), were soon pressed into service in many areas of Church life.

Education was not originally the aim of the new Jesuit order, but the Jesuits found themselves getting involved in educational ventures, and once begun, their system of schools developed with great rapidity during the first hundred years or so of Jesuit history. The Jesuits became the premier schoolmasters of their day, establishing colleges (what we would call high schools) across Europe and Latin America. There were over 400 such institutions established by the mid-seventeenth century and over 600 by the mid-eighteenth. In 1599, a plan was drawn up that standardized the educational ideals of the Jesuits. It was called the Ratio Studiorum, or the Official Plan of Studies for Jesuit Education.

It has long been a Catholic principle, working itself out in many directions, that “grace builds on nature.” Because God both created and redeemed humanity and the world, the grace of redemption does not simply replace what was created, but rather heals and completes it. One ramification of this understanding is that the Church has always affirmed and built upon the good things found in the natural world and in human cultures. Christianity honors the good traditions of humanity, purifying and elevating them in a new synthesis. The Jesuit educational ideal shows this principle at work. The Jesuits built upon a long tradition of classical education, meaning by this the educational tradition that had been developed in the Graeco-Roman world, taken up and purified by early Christians, and passed on to Medieval society. The Jesuits added to that tradition new insights of the Renaissance age, integrating the whole in a Christian understanding of the world. The result was one of the most potent and impressive educational projects in history.

The Jesuit educational ideal represented an engagement with the wider culture that sought to find that culture’s best qualities and educate a group of people equipped to handle the emerging challenges of the age.

The Jesuit educational plan was the fruit of a great deal of experience and consultation. No single individual drew it up. A central committee was established in Rome, and over the course of many years, advice and consultation were sought from as many sources as possible, and numerous tentative plans were put forward before the final distilled version was settled upon. As for specifics, the Ratio Studiorum laid out a program that for its time was remarkably broad. It was founded on the classical tradition of the Trivium–grammar, logic, and rhetoric – and rooted in a firm grasp of the Greek and Latin languages. It then amplified those studies with history and geography. Serious attention was also given to philosophy, with Aristotle as a noted guide, and mathematics and even the natural sciences were taught as part of the philosophy curriculum. Theology was also pervasive in all that was taught. The college as a whole, following upon developments among Renaissance humanist educators, was a home to its students, a place of moral and spiritual formation as well as intellectual development.

Jesuit schools were, naturally enough, productive of many priests and Jesuits, but they were also noteworthy in their education of the laity, many of whom would go on to play significant roles in the wider society, as writers, thinkers, politicians, artists, and scientists. Their varied alumni included great writers like Miguel de Cervantes in Spain and Moliere and Corneille in France; philosophers such as Giambattista Vico, Rene Descartes, and David Hume; artists likes Peter Paul Rubens; men of affairs like Cardinal Richelieu and Charles DeGaulle; and eventually men of science like George Lemaître (first exponent of the Big Bang theory) and Evangelista Torricelli (inventor of the barometer). The Jesuit educational ideal represented an engagement with the wider culture that sought to find that culture’s best qualities and educate a group of people equipped to handle the emerging challenges of the age.

This noble educational task – to seek what is good, to correct what is lacking, to integrate the whole in a Christian vision – is present to every age. The Jesuit Ratio Studiorum is a fine example of the Christian ideal put so well by G. K. Chesterton: “The Church is the true home of everything truly human.”

Saint Benedict taught us that the key to living a rich, full, and useful human life is to keep our eyes fixed on the things of God. 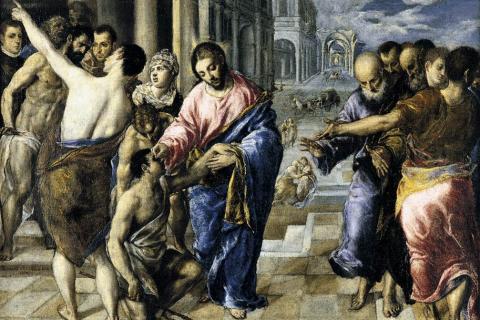 The Six Ages of the Western Church

Historian Christopher Dawson recognized within the life of the Church six distinct "Ages," each possessed of a unique origin, distinctive achievements, and Age-ending crisis.