You’ve surely noticed that any given day is packed full of dozens of political and cultural commentators who have daily hours-long time slots sponsored by advertisers. It is no surprise that we have an agitated populace. Cable news, the internet, and social media financially benefit from a hyperawareness of social and political issues. The higher the pitch of controversy, the more viewers, subscribers, and listeners, and therefore the more advertising revenue a particular outlet receives.

The advance of technology and media has made it possible to know much of what is happening around the world within moments of it happening. This raises a question: how much of all this news are we supposed to take in? How much is necessary, or even healthy? It isn’t encouraging to see the media’s symbiotic relationship with our minds and wallets. Are they worthy of trust? Is their insistence on the importance of a story coming from an authentic place?

It might be more beneficial to find an alternative; maybe to read books of established merit or monthly journals than to follow the instant gratification infinity loop that is the “news cycle.”

That said, we are not advocating for complete abstinence from current events, but to view them in a way that presents topics in a different light than is usually seen.

The secular media have reached a point where standards and theories are at a crossroads. The Enlightenment ideal of Free Speech and the renegade iconoclasts of a more libertarian Silicon Valley have reached a breaking point. The crucial question forcing itself on us is, What constitutes “free” with regards to speech?

One might point to various libraries ironically celebrating “banned books week” while at the same time censoring or dislodging from their shelves books that don’t meet their own standards of decency; books such as the Odyssey and many more.

The odd phenomenon of insisting on free speech while clamping down on it extends to many of our unfortunate political discussions, as well.

The Church herself doesn’t see free speech in an absolute way. The Church has banned various books, most famously seen in the nineteenth-century “Syllabus of Errors.” The primary function here was to prevent the uneducated from falling into beliefs that would harm their souls at the hands of people who claimed to be presenting truths about the faith. The Church no longer treats error in the same way. The nuance with which she defends truth and combats falsehood changes in whatever age she finds herself. Such questions are matters of prudence.

The questions of free speech today reflect various strains of secular narratives and powers determining what can and cannot be spoken aloud, combined with a seemingly ever-increasing host of conspiracy theories.

The information age, it seems, has met its match: itself.

The inauguration of the President under the protective watch of over 20,000 National Guard troops contained much Catholic symbolism (including quoting St. Augustine, prayers for the dead, and many bible quotes) often celebrated by the secular media. Contrasted with the nomination of then-professor Amy Coney Barrett to the Court of Appeals, it makes for an interesting discussion of faith, and more particularly Catholic faith, in confrontation with the secular, progressive narrative. A far cry from the plain and outright anti-Catholicism in previous days, the newer confrontation is more nuanced and tolerant of Catholic themes and images, insofar as they conform to the narrative.

This difficulty in negotiation is seen in the leaders of the Church, as well.

Meanwhile, less secular non-western societies are having their own battles with freedom of speech, though they don’t suffer the same scruples as our secular post-enlightenment society does (see, for instance, Thailand, Saudi Arabia, and Russia).

Persecution rages for Christians in various parts of the world. One such example is in Ethiopia. This puts our national situations in some context, as well. 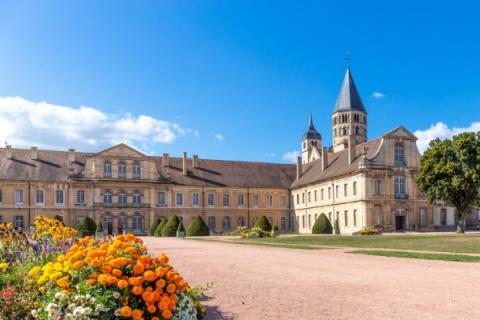 The Abbey of Cluny

The Abbey of Cluny once vied with Rome in its influence, and its church was the largest in Christendom before the rebuilding of St. Peter's Basilica in the sixteenth century.

The Abbey of Cluny
Found in
Weekly Update 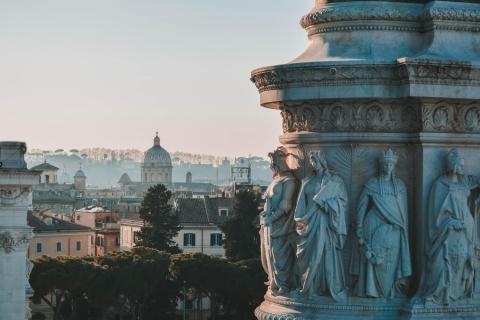 Learn more about The First Update 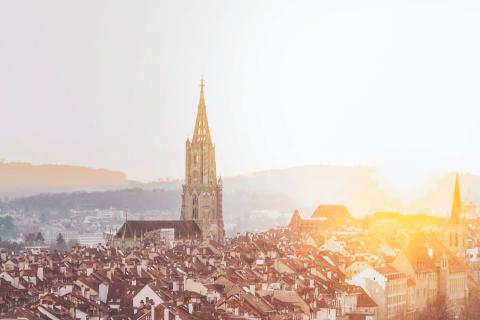 Learn more about The Weekly Update