Technology: how are we to think of it? Broadly speaking, ‘technology’ means "applied knowledge in the realm of practical life." It refers to the organization of tools and processes to aid in mastering the environment so that we can live well in it, and as such, it is a universal human constant. Farming, cooking, hunting, building, writing, modes of transport, art and decoration – almost everything that goes by the name of culture – involves the development and use of technologies. It would be beyond silly for someone to say that they are against technology per se. They may as well say that they do not want to cook their food, clothe themselves, or live indoors. Animals do not develop technology; humans always do.

The important questions human societies have always faced concerning technology have not dealt with whether we should develop ways of enhancing our ability to live well; rather, these questions touch mainly on two particular aspects of technological development. The first relates to specific technological advances: does this specific tool or process that enhances our abilities ultimately help us or harm us? Does it aid life or repress and destroy life? Such questions are often not easy to answer, as the effects of various technologies often take years, even generations, to emerge fully. Our age is obviously one of rapidly increasing technological development in many directions. In the face of that development, all intelligent people and any healthy society will be forced to consider the various effects – social, physical, environmental, spiritual, or cultural – these new technologies produce. From these questions arise the sensible concern for the food we eat, the drugs we take, the screens we stare at, the impact on the environment of different human activities we engage in, and so on. Our own society is no stranger to this kind of concern. There is much talk about such questions in the air, and while some of it is inevitably shallow and self-serving, much of it is serious and impressive.

There is a deeper concern to investigate as regards technological development, one that touches on the fundamental principles by which our modern technological energies are deployed. Unfortunately, we tend to think much less about this aspect of technological growth, and yet it is the most important and ultimately the most impactful on our personal and social lives. It has to do with the underlying assumptions we bring to questions of technological advance, and in our time many of our assumptions concerning technology have become so prevalent and so unconsciously held that they seem self-evident and hardly worth considering. That is a serious error.

It is obvious that the modern period is unique in its use of technology. Much of that uniqueness comes from our having far surpassed previous societies in our knowledge of applied sciences; however, there is another important way in which we are unique, one that touches on our assumptions concerning the natural world and our place in it. Those assumptions pre-dated the technological revolution of the last few centuries, and they did much to mold the terrain along which technological advance would take place and new technologies would be sought out and put to use.

Do we begin with the skewed assumption that we are lords of the world and can do with it whatever we want? Or do we start with the recognition that we are creatures brought into being by Another, and are living in a world that we did not create and that we are not free to do with just as we please?

Simply put, the attitudinal difference between previous technological development and that of the modern world turns on the question of whether there is an ordered cosmos created by God (or the gods) within which humans find life and meaning. Previous societies that made technological advances held that there was such a cosmos, and that humans were meant to develop their cultural potency in harmony with cosmic rhythms. This was true in Egypt, in Mesopotamia, in the Graeco-Roman world, in China, in Medieval Europe, in Meso-America: wherever impressive advances were being made, they were understood to be ordered to the overall meaning of the world.

A significant change of attitude took place at the beginning of the modern period concerning humanity and its place in the world. Francis Bacon is often pointed to as the prophet of this way of thinking, which is characterized by the view that the material world is not a meaningful order, but instead is a kind of chaos, lacking inherent meaning, and that the human race found its dignity by subjecting the natural world to human will and by rooting out its secrets for the increase of human power. This view is summarized by the famous Baconian phrase, “Knowledge is power,” which was meant to refer specifically to technological knowledge. The purpose of scientific discovery, in this view, is not to find one’s place in the natural world and to develop its potentialities according to an inherent purpose; rather, it is to dominate the natural world, even to enslave it, for the advance of human power.

It is significant to note that this new view of the world and the place of humanity in it was accompanied by a sharp increase in fascination with magic. We sometimes mistakenly think that magic and witchcraft were quintessentially medieval phenomena that were discarded as the society grew more enlightened; in fact, the medievals were not particularly concerned about the practice of magic, except as it was connected to false religions. When many minds began to shift their attention away from an understanding of God and the cosmic order and the goal became mastery of the secrets of the natural world for the increase of power, however, magic presented itself as alluring and worthy of pursuit. Magic enjoyed a great resurgence in the early modern period at the same time and for the same reasons that interest in the natural sciences was growing. This was the age of the great witch hunts. We often forget that many of the most prominent scientific minds of the seventeenth century, people like Isaac Newton and Robert Boyle, were at least as interested in magic, alchemy, and astrology as they were in what we call natural science, and in general they did not see a fundamental difference between them. They sought ways to manipulate the hidden forces of nature for the sake of practical potency. Natural science won out simply because it achieved better results. Had magic been as effective in delivering the goods, so to speak, Newton may have gone down in history as one of the world’s great magicians.

Modern technology thus has a kind of dual ancestry. On one side of its family tree, it is heir to the long scientific traditions that go back to the ancient world that were developed in the context of respect for a cosmic order. On the other side of its ancestry, it is the direct descendant of the rush toward magic that was rife in the early modern period. There is both a (genuinely) scientific and a magical current in the attitudes we bring to our development and use of technology. Fittingly enough, Dr. Faustus, that ambivalent figure of legend and literature that has haunted the modern period, was both a scientist and a magician.

The overall movement of modernity is a passage from magic to technology, which took over for the discredited magic.

The difference in attitude between the scientist and the magician could be summarized as follows: The scientist is interested in the whole of things, in the way all things inter-relate, under the assumption that the cosmos in its entirety has a meaning and a purpose. The scientist therefore pursues the particular with that whole kept in view. There are moral, spiritual, social, anthropological, and ecological concerns of which to be mindful, such that the pursuit of one aspect of things does not damage or destroy the cosmic harmony. This concern for the entire order of things explains the growth of universities as the special place for the pursuit of knowledge. At the university everything was under study: not just each individual thing, but “everything” – the whole of things. Otherwise, why should so many subjects be studied in one place?

Magic is a far more limited and focused activity. The magician is ultimately interested only in immediate power. This is not to suggest that the interest is always malicious: it may be a desire for power to do good things. However, whatever the intention, there is no divine order to observe, no deeper meaning to attend to, no limits or guides that might help direct the course of technical development. The natural world exists to be manipulated, sorted, sifted, investigated, even utterly transformed, according to human needs and desires. Anything that increases human power in any direction is aggressively pursued, and the attitude begins to take hold that if there is something that can be done, it should be done.

There is an important moral dimension to these divergent attitudes. It is the difference between the delusions of pride, as in magic, and the true sight of humility, as in science. Do we begin with the skewed assumption that we are lords of the world and can do with it whatever we want? Or do we start with the recognition that we are creatures brought into being by Another, and are living in a world that we did not create and that we are not free to do with just as we please?

It should be noted that to insist on working within a cosmic order does not mean that there can be little or no technological advance. The image of Adam in the garden points to the inherent potentialities of the natural world. The question is not whether, but in what manner, technological development will take place, and whether it will then tend to genuinely enhance human life taken as a whole, or damage or even destroy it.

When Christians approach the development and use of various technologies, they will certainly want to be more than usually attentive to asking that first set of questions concerning the way specific technological tools or processes often unintentionally affect other aspects of life. In order to answer those questions well, however, they will need to go deeper still, and examine the anthropological and theological assumptions they are bringing to the whole question of technological advance. Do they recognize the cosmic order within which we live, or have they fallen prey to the reigning set of assumptions that derive from an ultimately atheistic view of reality? Are they scientists, or are they magicians? Much human happiness turns on the answer to that question. 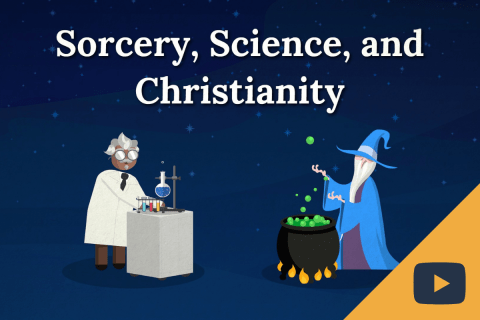 Through a primer video, we explore the relationship between sorcery, science, and Christianity.
Watch the Video

More in The Search for Happiness 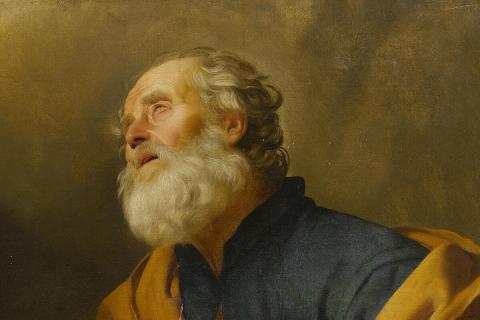 Learning to Live with Fallenness

We are often surprised by our own failings. God, who knows our fallenness, is not: he loves us not because we are good, but in order to make us good. 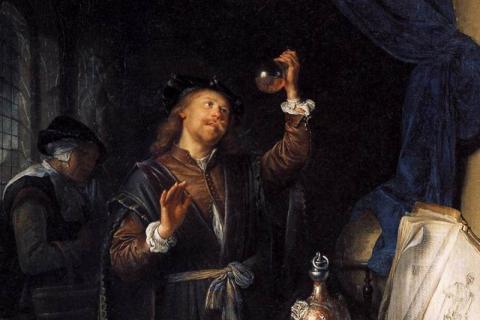 We live in an enchanted world, charged by God's grandeur. In order to reclaim a sense of wonder, we need to see the ordinary as extraordinary, grateful for the gift of existence itself.

All in The Search for Happiness