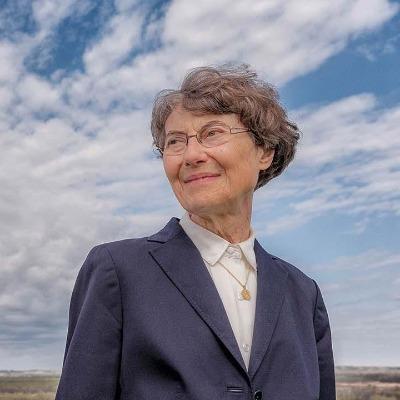 Sister Thomas Welder, OSB, served as the fifth president of the University of Mary from 1978 to 2009. While Sr. Thomas's institution-defining presidency oversaw extensive growth and development, she was known for her constant presence in the life of the community, her ability to remember the names and faces of countless students and faculty, and the personal care with which she guided the university.

Born in Linton, North Dakota, and raised in Bismarck, Diane Marie Welder graduated from Saint Mary's Central High School before attending the College of Saint Scholastica in Duluth, Minnesota. After discerning a call to religious life, she joined the Benedictine Sisters of Annunciation Monastery, where she received the religious name "Thomas." She professed her monastic vows in 1961. Sr. Thomas later earned a master's degree in music from Northwestern University.

Sr. Thomas began her work at the University of Mary (then Mary College) in 1963. Before her tenure as president, she served as a music instructor and was eventually named chair of the humanities department. Under her leadership, Mary College attained university status (becoming the University of Mary in 1986), tripled in size, established academic programs on campus and across the nation, and grew to compete in NCAA Division II athletics.

Sr. Thomas's tireless service was recognized throughout the Church and the community. In addition to numerous awards, honors, and honorary doctorates granted by Christian institutions, she received the Theodore Roosevelt Rough Rider Award in 2004, the highest honor bestowed on civilians by the State of North Dakota. Her portrait hangs in the State Capitol. After her death, she was honored on the floor of the United States Senate.

Sr. Thomas passed away on June 22, 2020, after a lifetime of service to the Church, leaving behind an example of service and Christian leadership. 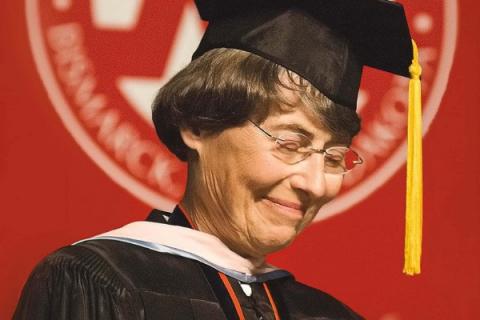 The Dignity of Grace

In his biography of Sr. Thomas Welder, OSB, Larry Woiwode recounts the remarkable life of service of the fifth president of the University of Mary.
The Dignity of Grace 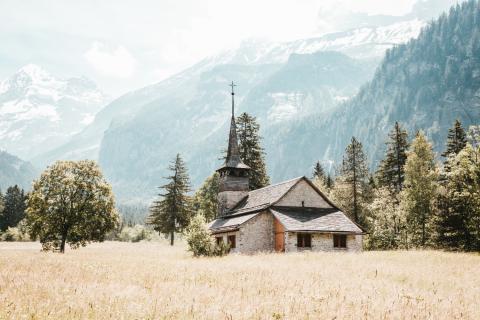 Benedictine Life and the Search for God

The Benedictine ethos – founded on service and discipline, a readiness to listen, and a firm focus on the dignity of the human person – remains with us today, guiding us in the search for God.