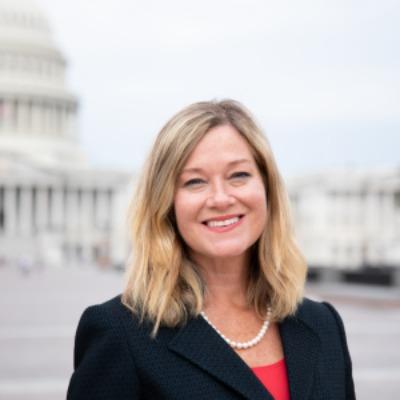 Jeanne Mancini serves as the President of the March for Life Education and Defense Fund. In this role - which she has held since 2012 - Jeanne works to restore a culture of life in the United States, most notably through the annual March for Life in Washington, DC.

Jeanne earned an undergraduate degree in psychology from James Madison University in Harrisonburg, Virginia, and a Master of Arts in the Theology of Marriage and Family from the Pope John Paul II Institute for Studies on Marriage and Family in Washington, DC.

Before working with the March for Life Education and Defense Fund, Jeanne served in a variety of capacities, including working for the Catholic Church in positions involving education on life issues, human sexuality, marriage, and family; working in the Office of the Secretary of the U.S. Department of Health and Human Services; and working with the Family Research Council on issues relating to the inherent dignity of the human person, including abortion, women's health, and end-of-life-issues.

Jeanne has appeared on MSNBC, CNN, FOX, ABC, CBS, and other television networks, and has been published in major publications including The New York Times, U.S. News and World Report, USA Today, and the Washington Post.

Jeanne resides in northern Virginia with her husband, David.

Reality Is Not Arbitrary