The task of metaphysics is to discover the fundamental structure of reality by means of reason (that it takes reason to be its primary tool or instrument is what distinguishes metaphysics from similar pursuits in the empirical sciences, which rely on experimentation and observation, and theology, which relies on revelation). Metaphysicians aim to determine what sorts of things exist (and what sorts of things do not), what those existing things are like, and how those existing things are related to one another. Any proposal or hypothesis about what sorts of things exist, what those things are like, or how those things are related to one another which in some way goes beyond the empirical data and aims to describe the way in which the world really is is a metaphysical theory.

The project of determining which metaphysical theories are correct is, in some ways, analogous to the project of determining the truth or falsity of scientific theories. In the empirical sciences, every possible theory, no matter how outlandish, begins as a live option. Sometimes scientific theories can be falsified by new evidence (though at which point in the investigation we can say that a scientific theory has been falsified is notoriously difficult to determine). But much more often what we have to deal with in the empirical sciences is the reality that there are many (and, indeed, a potentially infinite number of) incompatible scientific theories all of which are perfectly compatible with the data that we have. So what do we do in that case? Are we done? Are there no further means by which we can determine which of these theories is most likely to be correct?

What scientists look to at this point to help them narrow down their options are the “theoretical virtues” found in competing scientific theories. Principally what they look for are explanatory power, falsifiability, predictive success, simplicity, and elegance. The theory that is simplest, most elegant, has the greatest predictive success, remains falsifiable, and has the greatest explanatory power is the theory that is most likely to be correct.

I want to suggest that we can do something very similar in metaphysics. We can first ask whether certain metaphysical theories are both intelligible and internally consistent. Then we can ask whether those theories are compatible with, and explanatory of, all of the data that we have. Then we can assess their theoretical virtues. The key theoretical virtues we look for in a metaphysical theory are: greatest consistency with the data that we have from our experience and the empirical sciences, greatest explanatory power, and ontological and explanatory simplicity.

To that end, there are several key questions that we can ask about any metaphysical theory. And these can serve as our criteria for determining how likely to be true a theory really is and how much more likely to be true some theory is in comparison to others.

1. Does the theory actually explain the phenomena that it set out to explain?

Or does the theory merely introduce additional claims or quandaries, themselves in need of further explanation?

Some of the observable phenomena that might require metaphysical explanation include: that things change, that things resemble other things in various ways, that an object can possess one feature while lacking another, that some truths are contingent whereas others are necessary, that some things cause other things, that time flows in a particular direction, and that objects retain their identity through certain changes but not through others.

A good metaphysical theory will offer explanations for these various phenomena, and the explanations that they offer will be satisfying, which is to say, those explanations will not simply raise further questions.

2. Is the theory more complicated than it needs to be?

Are there simpler theories that can explain the phenomena just as well?

3. Does the theory make sense?

Is the theory internally consistent or does it lead to contradiction or paradox?

So, for example, we might ask: what does it mean for a property to be common or shared among several objects? Does that mean that the property would have to be in two places at once? Is this a coherent idea?

4. How well does this theory cohere with what the empirical sciences and our experience tell us about the world?

Does the theory conflict with anything we have from these two sources?

Does the theory recognize and justify those points of conflict?

Does the theory also help explain or integrate the data of the sciences and our experience of the world?

So, for example, does positing universal properties help us understand what a law of nature is? Does it help explain the law-like regularity among certain kinds of objects that we observe in the empirical sciences?

5. Does the theory resolve any tensions or apparent conflicts between various beliefs, impressions, or experiences that we have?

Does the theory resolve any puzzles or problems faced by other views?

So, for example, does positing universals help explain why certain objects might behave much like certain other objects despite not being exactly the same in every way? Does it help us understand why certain categorial schemes are better at predicting the behaviors of objects than others?

These, then, are the major criteria by which I think we can evaluate metaphysical theories.

But why think that these are reliable criteria?

Why think that answering these questions will actually help us determine which theory is correct?

So, for example, why put so much weight on our pre-theoretical beliefs, impressions, and experiences? And why care so much about theoretical simplicity?

The Principle of Phenomenological Conservatism

Regarding pre-theoretical beliefs, impressions, and experiences, operating behind the scenes here is a principle that we might call “The Principle of Phenomenological Conservativism”. According to the Principle of Phenomenological Conservatism, if something seems or appears to be the case, then, in the absence of any counterevidence, that seeming or appearing is, in itself, grounds for believing that it is the case.

Now, the Principle of Phenomenological Conservatism is not saying that everything that seems or appears to be the case is in fact the case. Much of what seems or appears to be the case is in fact false, even some very common features of our experience (that the sun rises and sets, for example). But what the principle tells us is that the appearances are to be treated as innocent until proven guilty. They are the data with which we begin our inquiry. And so any metaphysical theory that tells us that how things seem or appear to be is not how things actually are carries an additional burden of proof. It must provide good reasons for calling into question our pre-theoretical beliefs, impressions, and experiences. And some of the best metaphysical theories give us great reasons to do that!

Our task, then, is to check to see which theories best coincide with how the world seems or appears to be, and for those “revisionary” metaphysical theories that call these seemings or appearances into question, we need to determine whether those theories have provided good enough reasons to do so.

Regarding theoretical simplicity, another principle operating behind the scenes here is “Ockham’s Razor”. According to Ockham’s Razor, all other things being equal, the theory that posits the fewest number of entities, principles, or assumptions is to be preferred. The “all other things being equal” clause here means that the theories being compared explain all of the relevant phenomena just as well. Ockham’s Razor, then, is only a tie-breaker when we have several metaphysical theories all of which explain the phenomena that we set out to explain.

But why are simpler theories to be preferred?

Why not think that reality is actually very complex?

There are both practical and theoretical reasons for following Ockham’s Razor.

First, practically, we have to ask ourselves why we would choose to accept or take on a theory that introduced further entities or gave more complex explanations of the phenomena without any explanatory advantage. Why carry more rocks in your backpack if you don’t have to?

So what we’re doing when we do metaphysics is trying to determine the fundamental structure of reality by means of reason. Most of the time we do this incrementally, piece by piece, claim by claim. Metaphysicians discuss various theories about properties and objects, space and time, causation and the laws of nature, among others. Most of the time we look at each of these debates individually, sorting through the particular views and arguments found within each.

But the ultimate goal, a goal that I hope we never lose sight of, is to compare and contrast comprehensive models of reality, comprehensive views about how the world is in all its detail.

Is the world just atoms swirling in the void and is everything else illusion?

Is the world just a single undifferentiated whole, a cosmos, and are we merely arbitrary derivations of that whole?

Or is the world closer to how it appears to be: a complex arena of causal interactions between things of various sizes, a world of both change and constancy, sameness and difference, contingency and necessity?

And, indeed, is the world all that there is, or are there certain features or phenomena found within our world that point to something beyond it?

That, it seems to me, is the ultimate question that metaphysics seeks to answer. And the hope is that something like the method outlined above can help us get there, one step at a time. 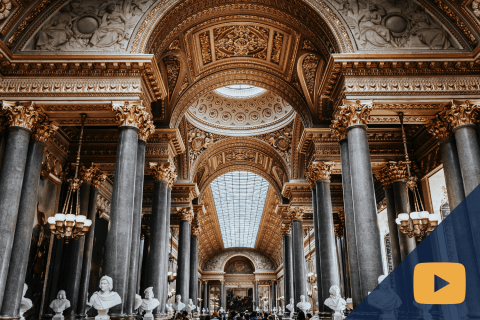 Engaging the Enlightenment: A Symposium 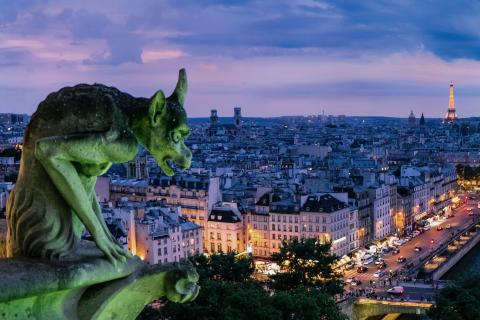 The Lion of Relativism 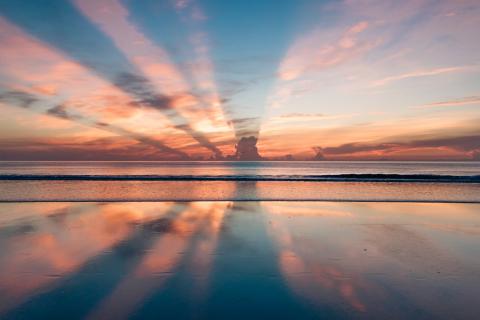